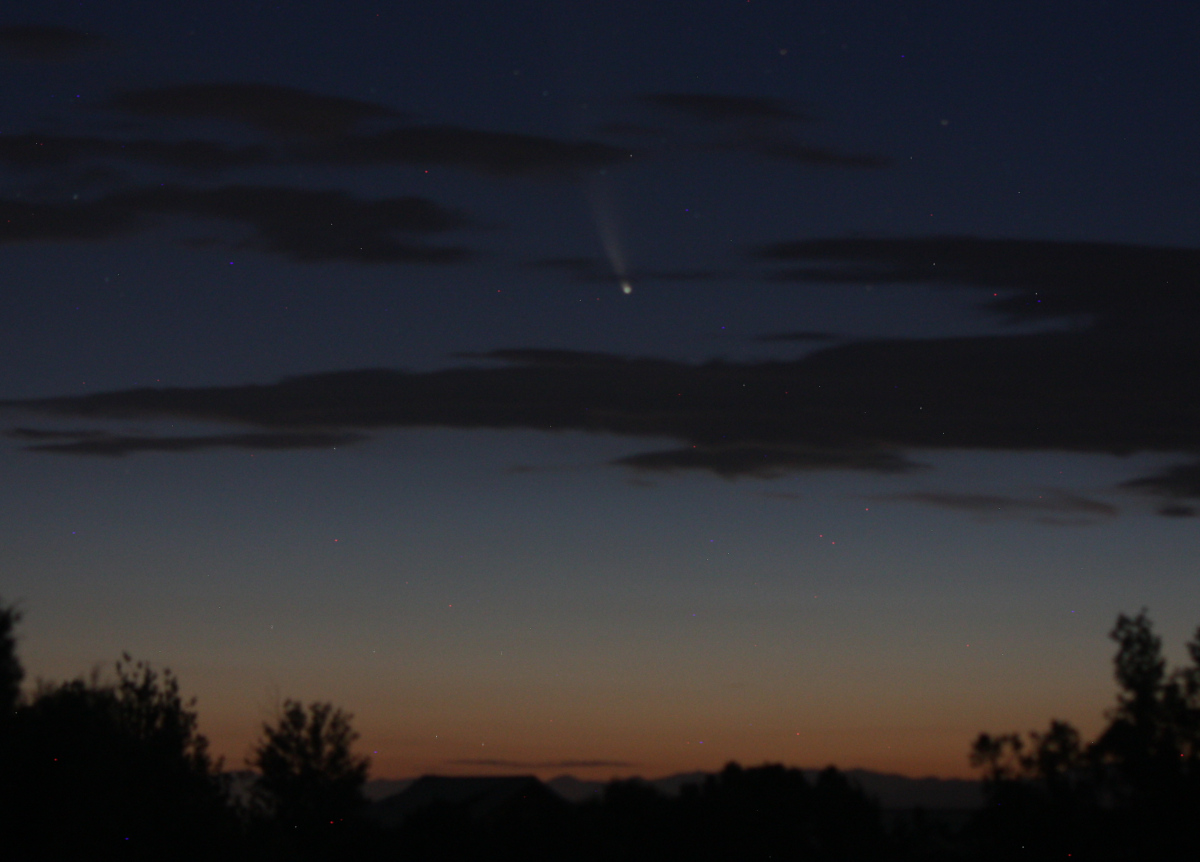 I finally got a chance to take a look at Comet 17/P Holmes. I'd been hearing about this bright comet for a couple of days, since it unexpectedly broke up and flared from about 17th magnitude (fainter than most amateur telescopes can pick up even in dark skies) to 2nd magnitude (easily visible to the naked eye from light-polluted cities). It's in Perseus, so only visible from the northern hemisphere, pretty much any time after dark (but it's higher a little later in the evening).

And it's just as bright as advertised. I grabbed my binoculars, used a finder chart posted by one of our local SJAA members, and there it was, bright and obviously fuzzy. Without the binoculars it was still easy to see, and still noticably fuzzy.

So I dragged out the trusty 6" dobsonian, and although it has no visible tail, it has lots of structure. It looked like this:

It has a stellar nucleus, a bright inner area (the coma?) and a much larger, fainter outer halo. There's also a faint star just outside the coma, so it'll be fun (if we continue to get holes in the clouds) to see how fast it moves relative to that star. (Not much motion in the past hour.)

It's nice to have a bright comet in the sky again! Anyone interested in astronomy should check this one out in the next few days -- since it may be in the process of breaking up, there's no telling how long it'll last or what will happen next. Grab some binoculars, or a 'scope if you have one, and take a look.