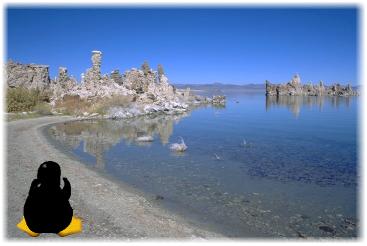 Imaging is my biggest non-development use of computers, yet I wanted to use Linux full-time without having to use Windows. Thanks to lots of hard work by many Linux developers, that's no problem!

Linux is great for processing large numbers of images; the command line is perfect when you just got back from a trip and you have 500 images that all need to be resized, thumbnailed and collected into a web page.

I haven't seen a good collection of Linux imaging links (no doubt they exist somewhere -- if you know of one, by all means Let me know and I'll add it here) so I started this page.

Check out my book!

Beginning GIMP: From Novice to Professional is available from your favorite bookseller.

I've written a little image viewer/slide show program called pho which is primarily intended for use on large collections of images after uploading or scanning, and a set of useful batch image processing scripts for the same purpose (e.g. you return from a vacation and have 600 images to resize and put into web pages). My scripts use the netpbm utilities to do things like resize, rotate and translate between formats. After I wrote them, I found out that ImageMagick also offers a great command-line utility, convert.

Also, I have a GIMP plug-in called Pandora for stitching panoramas, plus a few simpler GIMP plug-ins for making labels and business cards and for making CD labels.

See my camera review page for more details of what I like and don't like about these cameras.

The Minolta Dimage Xt and Olympus C-730 UltraZoom work great with Linux. They use usb-storage protocol, so you can mount them like an external disk and copy/move photos off them, or you can use a photo application if that's what you prefer.

All the Canons I've had use the annoying USB camera protocol. Linux can talk to them, but only through an app like gPhoto, and usually only after endless fiddling trying to get gPhoto to recognize the camera. And then all your images show up with upper-case filenames. If you just want to snarf all your latest images onto the computer so you can deal with them there, you're better off using an external card reader.

I've removed this section because basically they all work now.

EXIF is a format digital cameras use in order to store meta-information (such as exposure data) in jpeg images.

It turns out that there are quite a few open-source programs to manipulate EXIF information.

These don't belong here, but they're just too cool and I wanted to save the links somewhere ... General Linux links
My software
My photos
Shallow Sky home
...Akkana