Getting virt-manager Running on Debian

A conversation that happens every so often on a Linux chat channel:


That happened again a few weeks ago, and one of the virt-manager enthusiasts on the channel wanted to help me track down the problems. Since I didn't have anything much going on, I agreed, and kept at it instead of giving up after the first few iterations.

It took about 45 minutes of fiddling, installing more packages, web searching on the error messages and discussing them on IRC, then fiddling some more, getting a little further with each package I installed. In the end, I did get virt-manager running.

Here's the list of packages I had to install, as well as adding myself to the groups kvm, libvirt and libvirt-qemu:

Part of the problem, apparently, is that Debian's virt-manager package isn't set up to require on all the other packages it needs to run. They might be there in the "depends" and "suggests", but I don't install those by default, since they tend to pull in all sorts of silly bloatware I'll never want. With most packages, the "requires" are all that's needed to use a package in its basic form, and "depends" and "suggests" are for optional extra features. But if you install just virt-manager without at least some of the suggested and/or recommended packages, it won't run at all.

I haven't run any real virtual machines yet under virt-manager, but I think it's working now. At least I'm to the point where I can boot from a Debian installer ISO and see the initial screen.

Using a Driverless Printer on Debian (Without Avahi)

It's nice to be back on a relatively minimal Debian install, instead of Ubuntu-with-everything. But one thing that I have to admit I appreciated about Ubuntu: printing "just worked". Turn on a printer, call up the print menu in any app, and the printer I turned on would be there in the menu, without any need of struggling with CUPS configurations.

Ubuntu was using Avahi, the Linux version of Apple's Zeroconf/Bonjour framework, to discover printers. I knew that I'd probably need to install Avahi if I wanted easy printer configuration on Debian. But as it turned out, getting printing working was both harder, and easier. 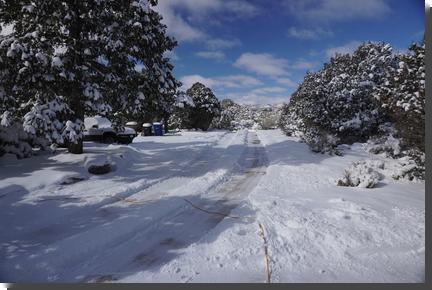 Shoveling our long driveways and multiple decks and patios is a lot of work, still novel and unfamiliar to a couple of refugees from California. Especially when, like yesterday, the snow keeps coming down so you have to do it repeatedly.