W is for Whiptails 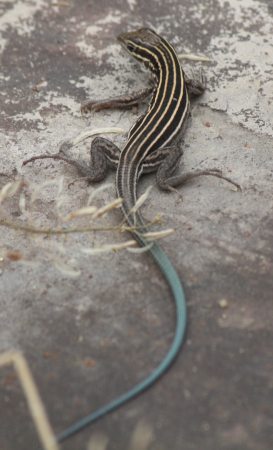 Late summer is whiptail season. Whiptails are long, slender, extremely fast lizards with (as you might expect) especially long tails. They emerge from hibernation at least a month later than the fence lizards, but once they're awake, they're everywhere.

In addition to being pretty to look at, fun to watch as they hit the afterburner and streak across the yard, and challenging to photograph since they seldom sit still for long, they're interesting for several reasons.